Phenomenal day on the Classic Tour 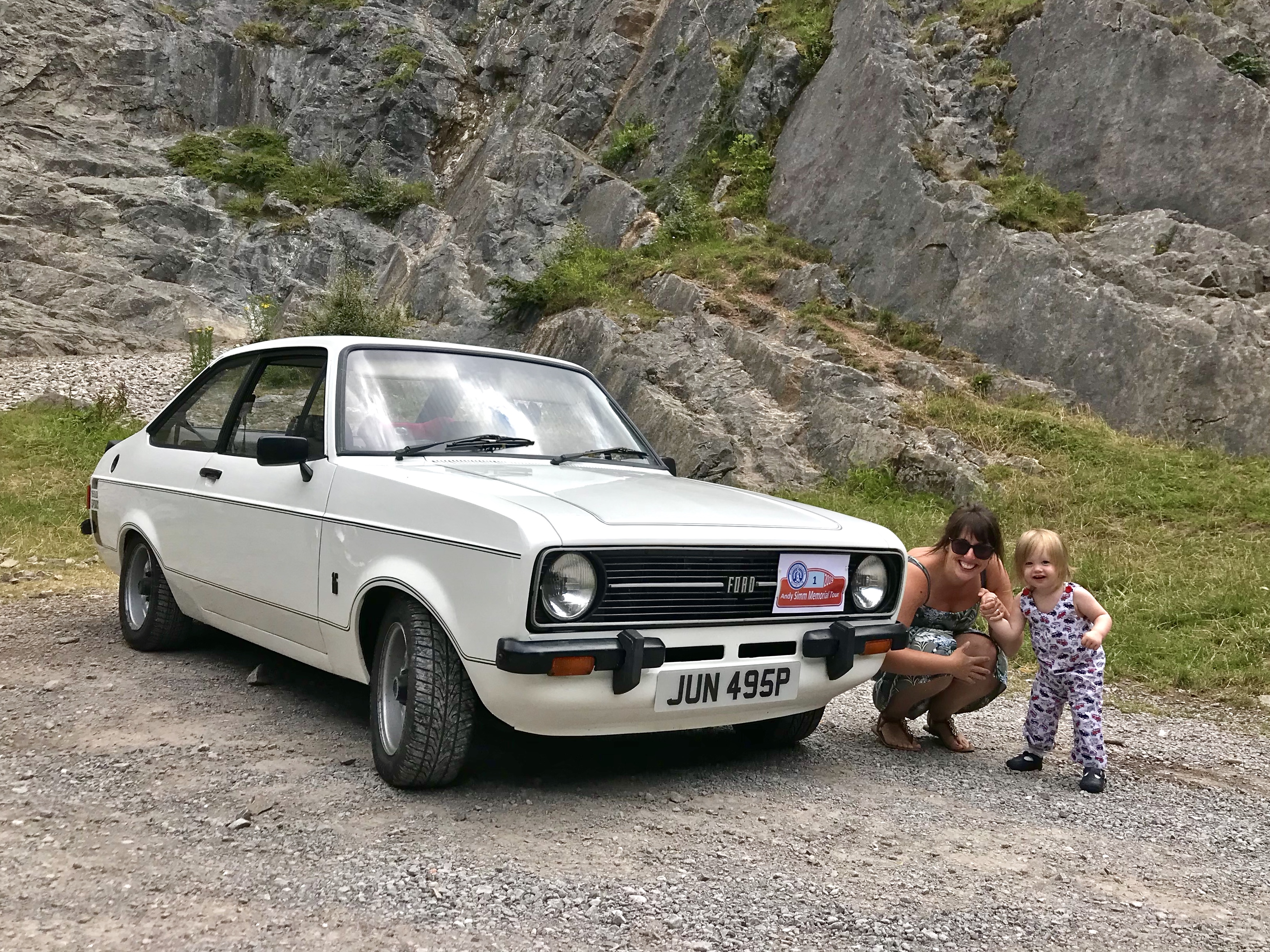 On Sunday the 14th of July we held our annual charity classic car tour in memory of Andy Simm. I wasn’t sure how the day was going to start out to be honest, the lead up to the day had got me very stressed. Lots of regulars couldn’t come this year, we had at least 5 pull out leading up to the event, people sending in a form and no money, some also had said they would like to come and then I never heard any more, which meant lots of chasing up and I was feeling very down about it all as the number of entrants was dramatically down on previous years. To my great surprise, we had 33 cars entered (actually it was 34, but 1 didn’t turn up on the day), a great mix of old, quite old and old-old vehicles. We arrived at the Abbey car park at our normal time to setup at 8:30 am, normally before anyone else arrives…… but BY JOVE! Some of the entrants had only gone and beaten us to it, the little blighters. I think they started arriving early this year in earnest of the beautiful sunny day. We took a minute or two to organise ourselves and try our best to keep an eye on our no.2 navigator, who was doing her best to put greasy finger prints all over the cars chrome work (I don’t mean Natalie). We soon had everyone signed on, as soon as they had been given their packs they went straight in to see Mary and get their breakfast at the Abbey tea rooms, Mary has donated hundreds and hundreds to help us raise money for the Dorset and Somerset Air Ambulance. She is a fantastic lady, and her staff gave all of their time for free too, which is incredible. She donated all 65 breakfasts and wouldn’t accept a penny for it, I don’t think I know anyone else that would do that. The entrants then chatted about all of their cars and quietly set off to start the run before 10am.

This year thanks to Dave and Chris McEwan we had a stunning 65 mile route planned up through wells and then over the Mendip’s, out to chew valley lake, back through cheddar and out towards Weston-Super-Mare. It was fantastic route, on some of the sections you could see for miles! As usual, we met the lycra brigade, sorry if any of you cycle but a lot of these people do themselves no favours, cycling two or three abreast on tight roads, I got off lightly this year though, I only got shouted at once. We stopped for a cup of char at THE LITTON pub in Litton, it was amazing – you should see for yourselves, well worth a visit (or a google). Izzy was asleep most of the first part as she was a very tired, but for the second half she was loving it, babbling and shouting at the cows/sheep. Finally we arrived at the Windmill bar and Bistro at Edithmead for a delicious carvery lunch and a whole car park area to ourselves. The staff were brilliant, however I believe it was hotter than Bahrain in the restaurant. The manager’s dad went out and independently judged the ‘Burnham motor club, car of the day’ award. This year it was won by Simon and Hillary Parkes in their Austin Healey 3000. If you haven’t seen it, it is absolutely immaculate, squeaky clean in fact, well done to them.

We would like to say a huge THANK YOU to all who entered and helped with this years event. We have again raised hundreds for this great charity which is fantastic, the result will be published soon, once we have finalised the monies. A massive thank you has to go to the McEwan family too, they have done hundreds of miles checking and re checking the route and making the amazing route books. They really are packed full of information of all the places on the route.

We hope to see you all on next years event.